These are what  invested in during the epidemic

These are what  invested in during the epidemic

People have less money to spend on insurance since the outbreak, but the number of new policies has risen, according to research by Portfolio. The life insurance market posted net sales figures in the second quarter not seen for 10 years, but current accounts and government bonds are still the most popular savings products. 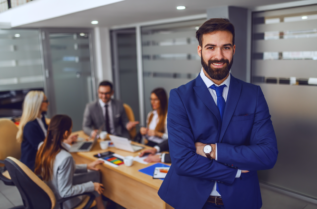 Although the COVID epidemic has adversely affected many businesses financially, with tens of thousands of people losing their jobs during the quarantine period, Hungarian household savings did not fall significantly in the first quarter, at least according to MNB data.

The savings market even expanded significantly in this period, with HUF 1,929 billion flowing into savings accounts and assets, up from HUF 1,274 billion last year.
One reason for this may be the moratorium on loan repayments, with many people likely to invest the amount they temporarily save by suspending repayments.

Government bonds are no longer so popular

The number of government bond purchases has fallen significantly compared to previous years, but it is still the second most popular savings instrument. Last year, 65% of household savings went into government bonds, but today the figure is only 24%. MNB figures show that during the epidemic, most people, fearing that they might need liquid assets due to job losses or unexpected expenses, left most of their income in their bank accounts.

This year, 32 percent of savings have been placed or remained in bank accounts.
Despite the rise in digitalisation in the wake of the epidemic, people continue to hold large amounts of cash. The amount of cash in circulation, which is in fact largely set aside, has been growing steadily in recent years, although the pace of growth slowed somewhat last year. In the last six months, however, the stock of cash in circulation in Hungary has continued to grow by double-digit amounts, at 12.3%.

Unfortunately, the forint held in bank deposits or cash is one of the worst ways to save,
especially during an economic crisis. Since the spring closures, the value of the forint has fallen rapidly against most currencies. The forint-euro exchange rate, for example, was still trading in the 330-338 range at the beginning of March, before the euro reached 365 in less than a month. In September, the euro exchange rate remained stable above 350. Cash or bank deposits are useful when you suddenly have to pay a lot for something, but if you just hold on to them, they lose value in the long run.

Many people may have taken up stock market trading

Not everyone followed this tactic, however, with several investments growing in both proportion and volume in the first half of this year. There has been a surprising upturn in stock buying – not only by large equity funds, but also by retail investors, who have seen record levels of share purchases. In the spring, stock market indices plummeted, making it relatively cheap (i.e. at 2017 prices) to buy shares, while most analysts were still predicting a rapid economic recovery – a prediction that has since been corrected by most, as the BUX index shows. In the long run, small investors are likely to have got a good deal on cheap shares, even if the second wave of the epidemic could cause their investments to fall in value this year.

According to Portfolio, investors may have lost even more by buying stock market shares this year. The same is true of other investment vehicles (also backed by stock market securities): for example, the value of savings in life insurance and pension fund accounts has fallen as a result of market developments. However, as these are long-term investment vehicles, they are likely to correct in the coming years.