This insurance provides compensation for the consequences of personal accidents (NNW). The subject of this voluntary insurance are the permanent consequences of an accident, resulting in bodily injury, permanent health impairment or death of the insured. 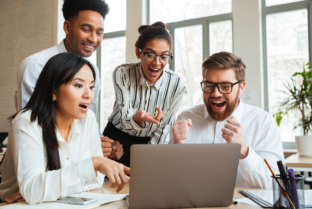 Motor insurance – how to claim damages?

The aggrieved person reports the damage to the insurance company, in which the perpetrator has purchased third party liability insurance. However, if the insurer of the injured party joined the BLS system (direct loss settlement), it is easier. BLS is based on the fact that the case is handled by the insurance company with which the aggrieved party took out a Third Party Liability policy, and not, as before, by the insurer of the perpetrator of the damage.

Your insurance company deals with all the formalities, pays out the compensation, and then applies to the insurer of the perpetrator for reimbursement.

Third party liability insurance – how to report a claim to the perpetrator’s insurer?

However, before you report the damage, take care of a few details still on the spot, and first of all to write a statement. This obligation rests with the perpetrator.

The document should include: names and surnames, addresses, telephone numbers of participants and witnesses, as well as details of the vehicles involved in the incident: make, model and registration number.
The statement cannot omit information about the damage to the cars and a detailed description of the collision with date, place, time and details of the circumstances.
The perpetrator should give the number of his Civil Liability policy and write in which company it is purchased.
The perpetrator should state that he/she admits fault. The statement should be signed by all participants of the event.
Having written the statement, you may now contact the perpetrator’s insurer (or your own), e.g. by telephone, in person at the insurer’s branch or by filling in an Internet form.

After starting the loss adjustment process, the insurer sends a letter to the perpetrator asking him to confirm the written statement and detailed information about the event.

The next stage is the visit of an expert from the insurance company, who will assess the degree of damage to the car and make documentation. On this basis, the insurer will estimate the repair costs and inform you of the amount of the compensation.

It usually takes 30 days to issue a decision on the payment of compensation.

AC insurance – how and when to report a loss?

Theft of a car should be reported to the police within 24 hours from the event. Most often insurance companies require to report a loss under AC motor insurance up to several days after the event. Note, however, that these deadlines vary depending on the type of damage and each insurer determines them individually in the general terms and conditions of insurance (GIC), so immediately after the damage, it is necessary to check how much time you have to report it.

In case of theft, you usually have 24 hours from the moment you found out about the loss of the car to inform your insurer. It is different with vehicle damage – here insurance companies give you a few days to report the damage, and the process of applying for compensation resembles that of a third party insurance.

NNW compensation – how to claim it?

It is best to claim NNW compensation at the end or after finishing the treatment. Then you have full documentation of its course, which you have to present to your insurer. The accident may be confirmed by test results from the hospital, discharge card, or personal invoices for medicines. You can report it, for example, by telephone. In order not to miss the deadline allowed by the insurer, check in the T&Cs how much time you have to do it. After reporting the loss, the insurer will calculate the amount of compensation on the basis of a table which can also be found in the T&Cs.

The amount of your health loss compensation will depend on the sum insured – e.g. it will be 5% of that sum. Therefore it is important that the sum insured for the accident insurance is as high as possible.

Assistance – how to get help on the road?

It is very easy to obtain assistance under Assistance insurance. In case of an accident or a car breakdown it is enough to call the telephone number provided by the insurer. Depending on the situation and the T&Cs, you can count on towing the car to a garage, minor repair on the spot, getting a replacement car for the time of repair, transport to a medical facility or home, hotel accommodation, help of an interpreter or even a lawyer. Most often assistance is offered on a 24-hour basis and is handled by specialized companies cooperating with insurance companies.