How the green card for motorists will change in 2020

How the green card for motorists will change in 2020

Since July, the green card is no longer green, and insurers will issue a new black and white certificate of compulsory motor insurance under an international agreement. Previously issued certificates will remain valid, but from October, insurers will only be able to issue the new version.

The main way to prove that you have compulsory motor insurance (CMI) is for the driver to show the car’s international green card. This is not usually necessary in the event of an accident or roadside check in Hungary, as the police officer will check the car’s insurance details in the central register. However, abroad this is not possible, or at least more difficult, so it may be helpful to obtain a green card.

The black and white green card is coming

At the end of July, legislation came into force to make the green card, a document proving compulsory insurance, no longer green but white, printed on A4 paper. Under the legislation, the national office run by Mabis has authorised all insurance companies dealing with kgfb to issue green cards in black and white.

This does not mean that everyone has to reprint their kgfb card, as previously issued cards remain valid until their expiry date. The green card will continue to be issued for the period of risk, i.e. it will be valid for 60 days after the period covered by the insurance premium. In addition to the traditional paper card, the green card can also be requested in electronic form, an option that has become particularly popular since the epidemic.

There will be a grace period until the end of September, until the 30th of this month, green cards with a green background can still be issued in principle, both on paper and electronically. From October, however, companies will only be able to use the new format.

It is also worth taking it where it is not compulsory

The Member States of the European Economic Area, Switzerland and a few other European countries with which bilateral agreements have been concluded are members of the so-called “number plate convention”. This means that these countries accept your vehicle’s registration plate as proof of cover. This means that when you travel to these countries, you don’t need to carry a green card – the number plate is proof that you are covered by compulsory third party insurance. 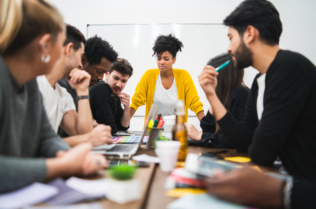 Other countries, on the other hand, only participate in the so-called Green Card Scheme, but not in the number plate convention. Here, a green card issued by an insurer and proving that you are covered is required to cross the border – as countries have tightened border controls because of the coronavirus epidemic, you can be sure that you will need a KGB certificate to enter the countries concerned. Among Hungary’s neighbours, the green card is in principle only mandatory for entry into Ukraine, but MABISZ warns in a July statement that authorities may ask for green cards in countries where, under international conventions, they are not supposed to ask for them. Examples include Serbia, Bosnia and Montenegro, which are frequent destinations for Hungarian motorists.

Finally, there are countries where it is officially compulsory to carry a green card. These are:

Albania, Belarus, Iran, Israel, Morocco, Moldova, Russia, Turkey, Tunisia, Ukraine.
In countries which are members of the Convention, in principle, there is no need to obtain a certificate, so it is sufficient to stick the sticker with the letter “H” on the vehicle. Nevertheless, it is useful to get the certificate, if only because it contains a lot of important information that can be useful, for example, if you have an accident abroad.