Although there has been talk of lifting zero tolerance for drink-driving, this is unlikely to happen this year. In drink-driving accidents, the at-fault party is always compensated by the insurer, while the driver driving under the influence of alcohol is charged.

Drinking a small amount of alcohol (usually the equivalent of a can of beer) is allowed in most European countries, except Hungary, Slovakia, the Czech Republic and Romania, where the principle of zero tolerance applies, i.e. not a single drop of alcohol is allowed before driving. In most countries, it is acceptable to drink a little before driving, despite the fact that the European Union’s Road Safety Council advocates zero tolerance. The Council has repeatedly recommended that Member States should have uniform rules on how much alcohol drivers can drink before getting behind the wheel, and believes that this could save the lives of 5,000 Europeans every year.

We have raised the issue, but are not relaxing
The government has recently mooted relaxing the law on drink-driving, with the agriculture minister saying at the Villány wine festival that the current rules were too strict and that it would be worth starting a dialogue on relaxing zero tolerance.

However, the government information centre later said that no changes were planned. “Professional organisations propose it every year, but the majority of people do not support it. That is why the government has no plans to change the regulation,” they told RTL Klub news.

Drunk driving accidents on the rise

This may be linked to the fact that the number of accidents caused by drunk drivers increased in the first eight months of this year, after several years of improvement, according to data from the Hungarian Association of Insurance Companies .

Around a quarter of road accidents in European countries are linked to alcohol consumption, while in Hungary the figure is much lower at 8.4 per cent,
This is probably due in part to strict legislation and the fact that all drivers involved in an accident are automatically tested, and those who are caught by the breathalyser can be sent to prison for a misdemeanour.

A surprising statistic is that the proportion of drink-driving accidents has increased during the coronavirus epidemic. Although the epidemic has led to a significant reduction in motor vehicle traffic, and thus in the total number of road traffic accidents, the number of drunk driving accidents has remained essentially unchanged (899 compared to 925 last year). 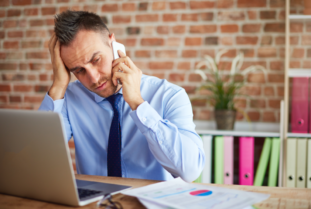 n percentage terms, there was therefore a 16.3 percent increase compared to the same period last year.
Insurance does not pay if you cause an accident while drunk
If someone gets into a car drunk and is involved in an accident, the police (after a mandatory breathalyser test to make sure they have been drinking) will prosecute them. Under the Penal Code, drink-driving is a misdemeanour in itself and is punishable, even if you do not cause an accident but are caught at a roadside check – which in principle carries a prison sentence of up to two years. Causing an accident while under the influence of alcohol is a criminal offence, punishable by up to three, five, eight or ten years’ imprisonment, depending on the seriousness of the accident.

By contrast, if someone causes an accident while drunk, they are not covered by compulsory insurance at all. If it is proved that you were driving after drinking alcohol, your insurance company will always recover the amount paid, or at least part of it, from the injured party. This means that a drink-driving accident can cost millions, regardless of whether you have a compulsory insurance. The limit for a so-called ‘clawback’ claim is HUF 5 000 000, which the insurer can claim from the drink-driving driver (or the person who operates the car) after compensating the at-fault party.